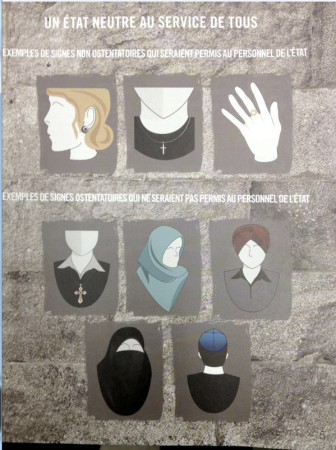 There is a legend, alluded to in our machzor and elsewhere, that the words of Kol Nidre have a hidden meaning.

“Anu matirin lehitpalel im ha’avaryanim.”  – According to Jewish legend, ha’avaryanim, those who have transgressed, is a word play on iberyanim, Spaniards, referring to the Jews of Spain who were forced to convert to Christianity during the time of the inquisition in the 15th century.

So: we begin our Kol Nidre service by declaring not only that we permit praying with sinners (‘cause how else would any of us be able to come to shul if sinners were not permitted here??) but, and this would have had special
meaning in the 15th and 16th centuries, also we permit praying with Conversos, with those who have been converted to Christianity, with those who have seemingly turned their back on Judaism but actually, secretly, still hold the desire to be at Kol Nidre service. Still hold on to their hidden identity as a Jew.

After all, who can know anyone’s true reasons for what they do? We can outwardly pledge something for political or social gain but hold our true beliefs on the inside. Jews have had to do this throughout history – from the times of the Roman persecutions when Jews had to study underground or face execution, to the Inquisition and generations of secret Jews who lit Shabbat candles despite their publicly sworn Christianity, to the refusniks of the Soviet era who risked their lives for a piece of matzah to hold seder.

These people fill our Yom Kippur liturgy, whether in veiled reference in Kol Nidre service or explicitly in “Eleh Ezkarah,” Martyrology, in which Ashkenazi rite details the rabbis who sacrificed their lives before Roman executioners rather than abandon Judaism and the Jewish people. They remind us that sometimes in our history we have had to hide who we are as Jews. And that Yom Kippur, that Kol Nidre especially, is a time for revealing.

* * *
A Chassidic teaching says that Yom Kippur, Yom HaKippurim, day of atonements, is actually Yom Ki-Purim, a day like Purim. Purim and Yom Kippur are like flip-sides. Purim – a day of the hiddenness of God, of masks, costumes, eating and drinking, feasting. Yom Kippur – a day of God’s manifest revealedness, of plain clothes, white; of fasting and refraining. It’s a tradition not even to wear makeup on Yom Kippur – stripping off our masks. Esther, the hidden Jew whose real name is Hadassah. Vs. the declaration that we are Jews, saying out loud together our sacred texts, our sacred names for God.

* * *
In the Selichot liturgy of Rosh Hashanah and Yom Kippur, we recite:

Atah yodei razei olam, v’ta’alumot sitrei kol chai.
You know the mysteries of the universe
As well as the hiddenmost secrets of each being that lives.
You seek out all our innermost chambers
Testing our hearts and our innards.
Nothing is hidden from You;
No secret is kept from your sight.

And so may it be your will,
Eternal One our God and God of our ancestors,
To forgive us all our sins
And pardon all our iniquities,
And grant us atonement
For all our transgressions.

There are many images of God in our liturgy at this time of year. The King, the father, the judge, the ineffable name, the Holy of Holies. And here, it is the knower of mysteries. Gazer into secrets. “Lifanecha niglu kol ta’alumot” Before you are revealed all secrets, the many hidden things from the beginning of time. “HaKol galui v’yadua lifaneicha” All is revealed and known before you.

My teacher Rabbi Art Green talks about this as one of the central themes of Yom Kippur. This theme, he says, is based on a verse from Parashat Nitzavim – “HaNistarot lAdonai Eloheinu,”  “The hidden things are for Adonai our God, but the revealed are for us and our descendants forever.” The commentators explain that the “hidden things known only to God” of this verse are the transgressions of which even we ourselves remain unaware. If that’s true, how can we properly repent of these transgressions? How can we ask forgiveness for things we don’t even know we’ve done?

“It strikes me that we have here one of the many definitions of the indefinable reality we call God, the elusive Ehyeh Asher Ehyeh that ever remains beyond our grasp. God is the One who knows all our secrets. To have faith in God is to admit, to accept, that my most intimate secrets do not belong to me alone, that there is a One that knows them all, accepting me and loving me as I most fully am, carrying all my secrets with me.”

Yom Kippur, then, is the day of Attah Yodeia et ha Nistarot, of “You know the hiddenmost things.” It’s the day when the things we’ve forgotten are remembered. When the hidden deeds are accounted for. When the secret, innermost self is revealed. That is what our recitations and confessionals are doing.

It’s a scary time. We don’t like to be vulnerable, visible in all that we are. We’d rather cloak ourselves in the garments of power, of strength, of invincibility. Of goodness, of generosity, of sweetness. But we know that we are all these things and also weak, despairing, jealous, angry, bitter. When we look deeply below the surface, it is uncomfortable. And so, 364 days of the year, we usually choose not to reveal our full selves.

But today we wear white, not our fancy clothing. Today, we don’t wear makeup, no mask to hide behind. Today, we shed our costumes. Today, we stand before God, community, and ourselves simply as we are.

This is the key to repentance, and to teshuvah. In order to change, you must really take account of who you are, deep down, of where you’re at, of the true measure of our lives, without mask or pretense. And the beginning of this process is not being afraid of our most inner selves, of our many parts, of the hidden. Get right with who you are. As a person, as a Jew. Let there be no secrets, not from yourself. Let us admit not only our best parts but our most difficult parts and say, they are all me, and they all belong here on this day. For how can I change if I don’t permit even the parts of me that long ago turned away, gave up on the ability to change?

Let us work and build a community where all can come as they truly are.

Let us not hide who we are anymore. Let us help others do the same. We permit praying with all, anu matirim lehitpalel im ha avaryanim. This shall be a place where all may come. This shall be a place where all are free to reveal who they are. This shall be a place for the faithful and the doubter. Kosher keeper or shrimp eater. Sephardi or Ashkenazi or Mizrachi. Gay or queer or straight. Abled or disabled. Philanthropist or unemployed. Speaking English or speaking French or speaking Spanish or Farsi or Hindi or Arabic. Bare-headed or wearing a kippah or wearing a sheitl or a streiml or a hijab or a turban or a cross.

Ki beiti beit tefilah yikarei l’kol ha’amim.
I will bring them to my holy mountain
and make them joyful in my house of prayer
for my House shall be called
a House of Prayer for all peoples.  (Isaiah 56)

On this day, there’s nothing you can do: You can’t hide who you really are. So embrace it. Come as you are. Only from there is teshuvah possible.